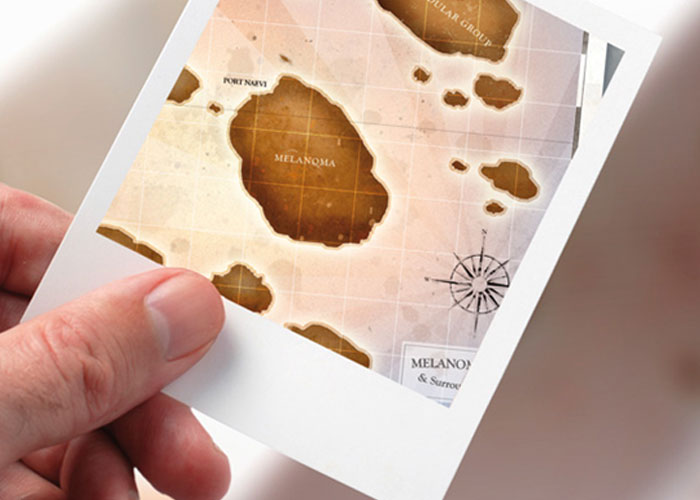 May is Melanoma Awareness Month and to keep you well-informed on this increasingly common type of cancer, we will go over all the things you need to know in order to safeguard your skin.

Melanoma is a type of skin cancer that develops from melanin-producing cells, which are normally located in the basal layer of the epidermis or within the dermis, the outer layer of the skin. Although melanoma is less common than other skin cancers (basal cell carcinoma and squamous cell carcinoma), it is far more dangerous since it is much deadlier. Melanoma, more often than not, arises from skin that appears normal. It can occur anywhere on the skin and, on rare occasions, in other tissues such as the eye, central nervous system and the lining of the gastrointestinal, genitourinary and respiratory systems. Aggressive forms of melanoma can spread to almost any organ in the body.

Skin cancers are classified as melanoma when the tumor contains melanin, the dark brown or black pigment in the skin. Melanoma is divided into five main types, differing in appearance, growth, behaviour and location on the body. By far the most common type of melanoma is Superficial Spreading Melanoma (SSM), accounting for about 70 percent of all cases. As the name suggests, this melanoma grows along the top layer of the skin for a fairly long time before penetrating more deeply. For this type of melanoma, changes in existing moles or new formation of irregular moles, is an important early indicator.

By far the biggest risk for developing melanoma is sun damage (UV radiation). The effects of sun damage are cumulative, meaning that it builds up over time. Up to the age of around 30, cells recover quickly from damage and thus visible damage like sunspots, wrinkles and moles are relatively rare. Nonetheless every instance of sun exposure builds up damage (especially in sunny locations closer to the equator), which comes apparent and visible later in life.

Other factors that increase the risk of developing melanoma are: the number and types of moles, historical and familiar history of melanoma, and skin type. These factors are all somewhat correlated, since people with lighter skin seem to have more moles and, since the colour of your skin is genetically determined, the chance of melanoma in your family will be higher.

Self-examination of the skin should be considered as complementary to a skin examination by a health professional. The aim of self-examination is for you to detect suspicious lesions as early as possible, and if so, they can be brought to the attention of your dermatologist or physician at a very early stage when treatment has a very high success-rate.

A popular method for self-examination is the ABCDE-method, where the letters stand for 5 indicating factors of melanoma. Part from these 5, there is something called the ‘Ugly duckling sign’.

Asymmetry: If you draw a line through this mole, the two halves will not match.

Border: The borders of an early melanoma tend to be uneven with notched or scalloped edges.

Colour variation: Having a variety of colors is another warning signal. A number of different shades of brown, tan or black could appear. A melanoma may also become red, white or blue.

Diameter: Melanomas usually are larger (1/4 inch or 6 mm), but they may be smaller initially.

Evolution: Any change in size, shape, colour or another trait, or new symptoms such as bleeding, itching or crusting.

While it’s true that our bodies need a daily dose of Vitamin D, absorbing enough sunlight to reach your daily requirements is no problem for people living in Malta. International guidelines recommend that short episodes of sun exposure, i.e. around 10 minutes in the summer and 20 to 40 minutes in the winter, depending on skin type and sun strength on that day, to 15–20% of the body, is required to maintain healthy vitamin D levels. However, with the amount of sun hours and strength of the UV rays in Malta, our daily required dose is easily satisfied without making any effort.

The risk of melanoma can be reduced with avoidance of the sun at times of high UV levels and sun protective measures such as:

The combination of both a broad-spectrum sunscreen (SPF30+ with UVA and UVB filters) and topical antioxidants is preferred by many dermatologists worldwide. The best broad-spectrum sunscreens can only block up to 55% of UV-induced free radicals, leaving the skin susceptible to environmental damage. When applying the antioxidant & sunscreen together they give up to 98% protection from sun damage. While a sunscreen works on the surface of the skin by reflecting and absorbing UVA/UVB rays, antioxidants work on the inside against the formation of free radicals. To maximize your protection and your skin’s health, it is very important to apply both together in the morning. Nonetheless, the use of antioxidants and a sunscreen should not be a motive to stay in the sun longer than necessary.

While we know that people in Malta love to enjoy the sun and the sea, this video will explain that there’s nothing healthy about a tan.